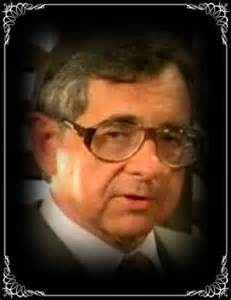 (24 Feb 2011)     Dr. Bernard Nathanson, who died on Tuesday, at 84, graduated from McGill in 1949, and returned to practice obstetrics and gynecology in his native New York.

In 1968 he cofounded the National Association for the Repeal of Abortion Laws (now called the National Abortion Rights Action League), and became a leading campaigner for the unlimited abortion licence in New York and across America. When New York repealed its abortion laws in 1970, he became director of the world’s largest abortion clinic.

By his own estimate he was responsible for some 75,000 abortions over the next decade, performing 5,000 of them himself. During that period he personally aborted his own child, after impregnating his mistress.

But by 1979, convinced by ultrasound technology that abortion was the destruction of an innocent human life, he stopped doing abortions and became a pro-life activist.

His first book, Aborting America, revealed the advocacy tactics of the abortion industry. The claim he often made that 10,000 women died each year from illegal abortions was entirely fabricated, the true number being around 250. The other effective tactic was make abortion a religious issue, rather than a civil rights one.

“We systematically vilified the Catholic Church and its ‘socially backward ideas’ and picked on the Catholic hierarchy as the villain in opposing abortion. This theme was played endlessly,” he wrote. Given that the United States had just come out of the civil rights movement — led by Christian clergymen — it was a considerable achievement to persuade America that unlimited abortion should be allowed in part because Catholic doctrine was against it.

In 1985 Nathanson produced the film The Silent Scream DVD.

Bringing the reality of abortion to light caused an enormous controversy, as proponents of the abortion licence had to confront what a child being destroyed in the womb looked like. For the pro-life movement it was a major milestone, as it brought new energy to the cause when many were eager to claim that abortion was a settled issue.

It remains the most unsettling of all issues, and Nathanson was deeply unsettled about his role in the 1.5 million annual abortions in the United States. His public policy conversion was but a first step and, while remarkable, not unprecedented. On abortion and other issues, changes of position do take place. Yet more difficult was confronting the mystery of evil in his own life.

“Abortion is now a monster so unimaginably gargantuan that even to think of stuffing it back into its cage ... is ludicrous beyond words,” he wrote. “Yet that is our charge — a herculean endeavour. I am one of those who helped usher in this barbaric age.”

Nathanson was seeking after a peace that his own sinfulness had denied him. He would return again and again to the autobiography of his most brilliant professor at McGill, the world-renowned psychiatrist, Dr. Karl Stern. In The Pillar of Fire, Stern recounted his spiritual journey from Orthodox Judaism to Roman Catholicism. As a student who had “hero-worship” of Stern in the 1940s, Nathanson knew nothing of his religious conversion until the 1970s.

Nathanson, unlike Stern, was an atheist Jew. Yet after reading deeply in philosophy and theology, and after witnessing the sacrifices of pro-life activists for “a constituency that is (and always will be) mute and invisible”, he began to entertain the idea of God.

In 1996, he was baptized into the same Catholic Church that he had once devoted his prodigious talents to demonizing. When asked why he chose to become Catholic, he said that no religion emphasized the possibility of forgiveness as he found it in the Catholic Church.

“I felt the burden of sin growing heavier and more insistent,” he wrote. “I have such heavy moral baggage to drag into the next world that failing to believe would condemn me to an eternity perhaps more terrifying than anything Dante envisioned.”

At the threshold of eternity, one trusts that now Bernard Nathanson sees not the terrifying vision of the damned, but rather, as Dante concludes the Inferno, the “Love that moves the sun and the other stars.” That Love moves not only the immensity of the universe; it moves too the tiny baby in the womb.

Listen to Priests for Life here

Return to Praying to Mary