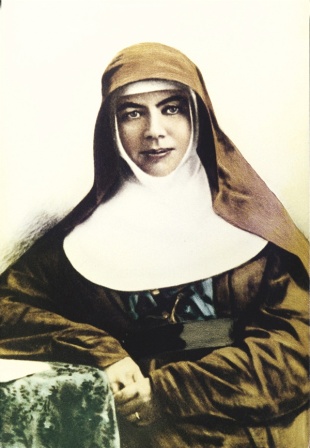 Here are some key facts about MacKillop's life and work:


* MacKillop founded the Sisters of St Joseph of the Sacred Heart. The order now has more than 850 members, who run schools, aged care homes and do community work in Australia, New Zealand, East Timor, Ireland, Scotland, Peru and Brazil.


* MacKillop was born in Melbourne in 1842. She started work as a governess in the South Australian country town of Penola in 1861.


* MacKillop and English Priest Julian Tenison Woods opened their first school at Penola in 1866. A year later, she opened her first convent and school in Adelaide, and she took her religious vows in August 1867. Within five years, 40 schools, convents and four charitable institutions were founded.


* MacKillop regularly clashed with the male-dominated Church hierarchy over her wish to retain central control of her order. The ongoing tensions led to MacKillop being excommunicated from the Catholic Church in 1871. The excommunication order was removed five months later.


When she was excommunicated her sisters were forbidden to speak to her and many of them were sent to other religious congregations.

The Jesuit priests knew that an injustice had been done and continued to give her the sacraments. A Jewish businessman provided a house for her and the sisters who had been forced to leave.

During this time Sister Mary would not allow an unkind word said about the Bishop and continued to pray for him.

* MacKillop died in Sydney on August 8, 1909. She was buried at a local cemetery, but her remains were moved to a new memorial chapel in North Sydney in 1914.

* The first moves to have MacKillop canonized began in 1926. In 1973, the Vatican allowed MacKillop to have the title Servant of God, which gave formal approval to develop a case for sainthood. She was beatified in 1995 at a ceremony in Sydney during a visit to Australia by Pope John Paul II.

* In 2009 Pope Benedict XVI approved a second miracle attributed to MacKillop, which was the final step needed before she could be declared a saint.