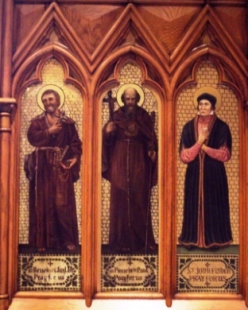 We ask the saints to pray for us because we know that their prayers and intercession are very powerful before God.

The saints can bring you closer to Jesus. Prayers to saints then become prayers to Jesus.

Prayer to Saint Theresa of Avila

Saint Theresa of Avila (1515-1582) was a Carmelite nun, a mystic, and a visionary. She is the patron saint of Spain. She is also the patroness of lacemakers, people in religious orders, sick people, and those ridiculed for their religious piety.

Prayer to Saint Anthony of Padua

Saint Anthony of Padua (1195-1231) was born in Portugal. He was a Franciscan monk and a Biblical scholar. After his death many miracles were attributed to him. He is the patron saint of Portugal, fishermen, mariners, the blind and the poor and oppressed people. He is invoked to protect against shipwrecks and to help people find lost objects.

The Archangel Saint Michael is portrayed as the "Prince of the Heavenly Host," Guardian Angel of the Church Militant, Conqueror of Lucifer, and Head of God's Mighty Invisible Army. He is especially regarded as an Angel of Mercy, and an Angel of Healing. He is the patron saint of France, Egypt, Turkey, and Italy, as well as that of soldiers and police officers. 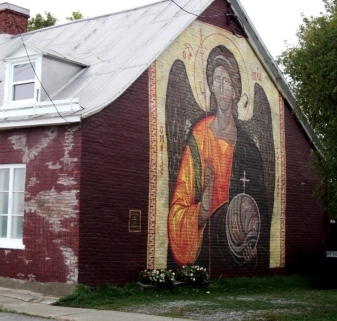 Litany of the saints NEXT >

Return from Pray for Us to Home Page

The saints can inspire us

We ask the saints to pray for us

What makes a saint?

To become a saint

The secret of the saints