Being addicted is an all-too familiar story... 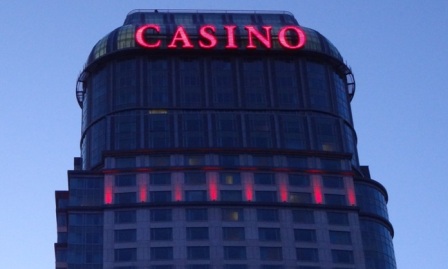 Three years ago Bill visited a casino and won $10,000 at the slot machines. He felt on top of the world.

The next day Bill returned and lost all his winnings and more. Negative feelings overwhelmed him.

Although he has tried to stop, he still goes back. Bill often loses his food and rent money.

Despite going bankrupt, Bill again owes thousands of dollars on his credit cards. He is depressed, hates himself and talks of suicide.

When her husband died, Susan was left alone with two young children. She found it difficult to cope.

She started to drink after work and on weekends.

Susan's drinking got worse. She would pass out on the floor, without making it to bed. Her children were always trying to cover up her drinking. They pleaded with her to stop.

Because of them, she went to an AA meeting, but she was unwilling to admit that she was an alcoholic. Later, she tried a week in rehab, but left without completing the program.

After many accidents while under the influence, Susan finally lost her driver’s licence. But it didn’t stop her drinking.

One evening, she fell down the stairs and hit her head. She was in a coma for two weeks; but she survived. However, Susan had brain damage and was permanently disabled.

She was warned that further drinking would cause a fatal brain seizure. Susan stopped completely. She never took another drink. But she would never be able to go back to work.

Why does the destructive behavior continue?

The high they get takes them away from feelings of insecurity, guilt or financial worries. They don’t have to deal with reality... temporarily.

Instead they experience a sense of relief and pleasure – even euphoria. Whether it is gambling, drugs, alcohol, sex, eating, shopping, or pornography... their brain becomes wired to this response.

The addiction cycle NEXT >

Return from Being Addicted to Serenity Prayer

Links to Sites about Addiction

One Day at a Time